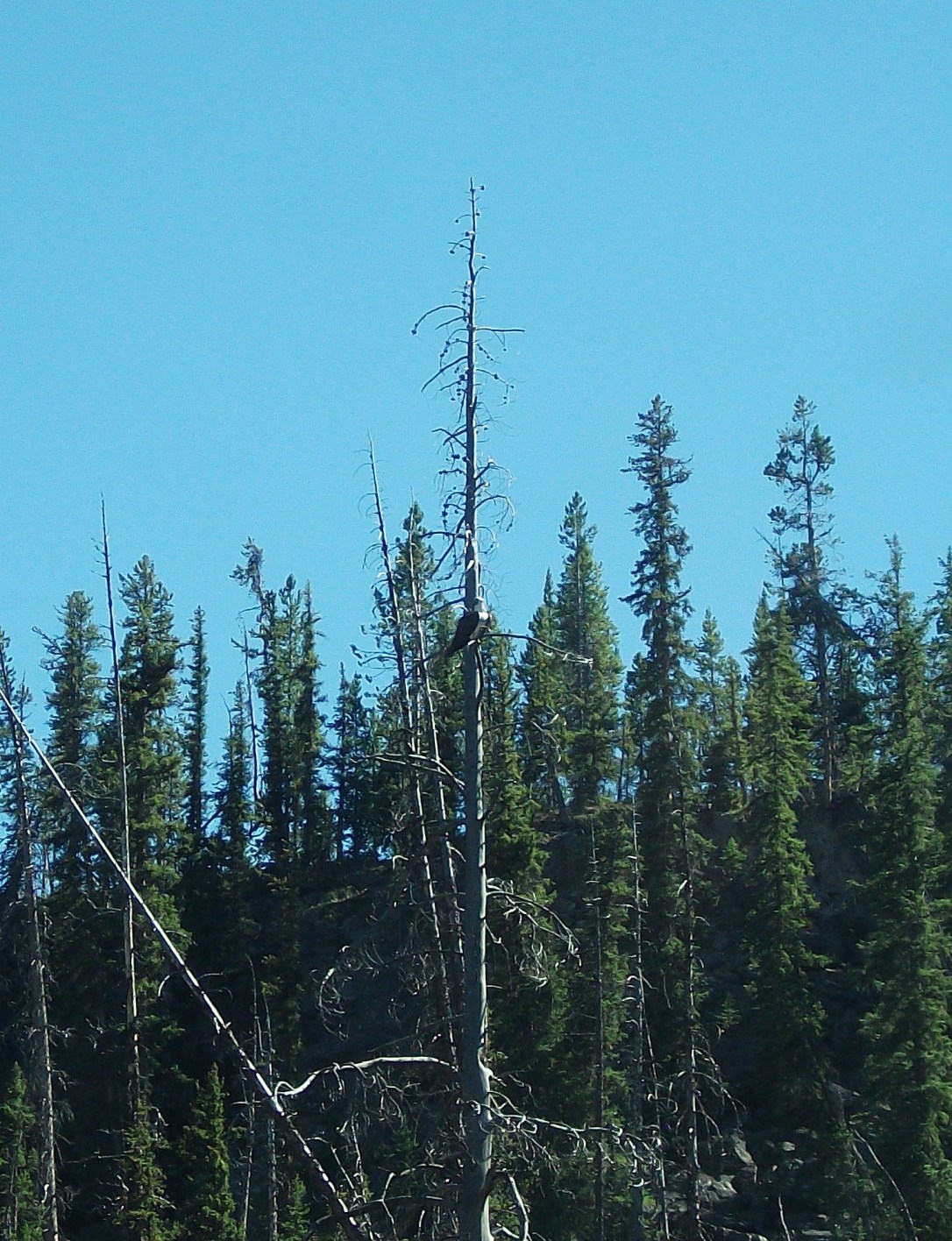 The morning was spent reviewing our data quality with Deb. Nez Perce was a disaster in more ways than one. The GRYN whippersnapper data was a mess, but luckily that wasn’t our doing. Otherwise, we hadn‘t screwed up anything too bad. We said a final goodbye to zee Germans, exchanged contact info and I, of course, sent them on their merry way with some soap to remember me by. Awe! Alex was blown away that my last name was Hazard and that I didn’t make a point to tell him earlier. He was certain that I was lying to him, but luckily Deb and Andrew were there to back me up. He felt completely robbed of several weeks worth of teasing me about my last name. Perhaps from now on, I should just introduce myself as Hazard and drop my first name completely. That way no one will ever feel deprived of humor again. Then we hopped into Andrew’s car, head-banged to Metallica’s …And Justice for All for an hour and we were back at the trail head of our five-star catchment, with Deb in tow. This time we surveyed the sites furthest away, which was a 2-hour hike in. It was our warmest field day thus far–an unexpected 85 degrees–and by the time we arrived at the first site, I was completely overheated and parched. These particular wetlands were like old friends to me. I remembered every one of them from back in 2006 and my site drawings were still being used as a reference. You could tell that I enjoyed these sites back in 2006 because I took my time trying to capture all the little details I loved about each one–in my own third-grade way. I’m sad to say, many of the wetlands are dried up now and very likely will never come back. There were two sites across the Lewis River that Polly and I swam to back in 2006 that no one has attempted to swim to since. Looking at that river crossing made me incredulous. Sometimes, I can’t believe all the crazy stuff that I’m willing to do. We really laid some impossible groundwork in 2006 that no other team could sanely replicate. No tadpoles or frogs were found in any of the wetlands surveyed today. Ugh! All that hard work for nothing sometimes feels like an enormous letdown. The hike back was awesome though. A male and female osprey were nesting near the Lewis Lake beach and good gracious did they have some words to say to us. They were not happy sharing their beach and I can’t blame them. Their spot is sweet! During our surveys we also saw two ravens who clearly had chicks because there was the ruckus of hungry babies coming from the nest. Mom told them to shut up whenever we came too close to their tree and the babies obediently listened.

We got back to the dorm and started the arduous task of disinfecting our waders and nets and downloading catchment data from the pda and camera. After that, I spent the rest of the day in bed. The Germans were now gone (sniffle, sniffle), the Wisconsinites were still away, Andrew had left for Casper, Deb had left for Jackson, and the sociologists were entertaining family members in the kitchen. I had no one to play with. There was nothing to do but read and sleep and that was more than okay with me.