The hike into the Grebe Lake took one blazing hot hour. My stomach was already killing me from last nights pizza, not to mention the lack of sleep so I wasn’t as enthusiastic as I should have been. Don’t worry, I gave myself hell for my bad attitude the entire walk in. I haven’t forgotten how extremely lucky I am to be here, not for a second, and a bad day working in Yellowstone is equal to a good day anywhere else. Sadly, my time here is quickly nearing an end and I only have two more days in the field after this one. My body will be thankful for the rest but my heart will miss this place immensely. The surrounding forest was burnt and the ground was covered with fallen deadwood but luckily we had a well-groomed path to follow. I have to give Yellowstone trail crews some major props for clearing hiking paths. It’s a lot of work and that‘s putting it very, very mildly. What would take us several agonizing hours to hike off-trail only takes us one thanks to them. Just last week we got to see an aerial view of Grebe Lake during our hike to Observation Point so it was kind of cool to finally see it from the ground. Most of the wetlands we had to survey around the lake were completely dry this year with the exception of a tiny pool of water in the middle of what was once a wet meadow. The pool was absolutely filled to the brim with large spotted frog tadpoles. I’m crossing my fingers that the little guys fully metamorphose before the pool dries up. It’s definitely going to be a tight race. Surveying the lake took each of us 100 minutes. Previous years took over 200 minutes so we were super speedy by comparison. Most of it wasn’t even close to being amphibian breeding habitat though. Each of us saw about ten adult spotted frogs along the shoreline (the largest, fattest spotteds we’ve ever seen!) but they were just hanging out. Most of the breeding would have been done in the–now dry–nearby wetlands. We weren’t able to survey the entire perimeter of the lake because of a beaver lodge being in the way and a precarious area of downed trees. There were white pelicans along the shoreline and I collected some feathers while they enjoyed a swim. Let me tell you, their scat looks just like bear poop. It’s enormous! Andrew is convinced it was bear poop but I stand by the fact that what we saw littered along the shore, among a whole lotta white feathers, was indeed pelican poop. I’m certain. I thought goose poop was large but it doesn’t even hold a stinky candle to a pelican’s. Along the way I stopped to photograph a skeleton in the water, which I presume belonged to an ungulate of some sort. Submerged in water is an unusual place to find the skeleton of a land-mammal so I just had to spend some time examining it and seeing if I could find all of the pieces scattered about the bottom. Perhaps it got stuck in the muck and just died…we’ll never know. I also netted a fish head and a dead bird but alas, no tadpoles. And speaking of fish, they were jumping near me during the entire survey. Jerks! Every few seconds either a view of one jumping or a splash taunted me. All day I had to jealously maneuver around anglers catching mostly rainbow trout. Oh how I wish I had brought my pole with me. We stopped to watch two loons dive under the water and catch fish right in front of where we were sitting. Every once in a while they would call to one another. I love the beautifully haunting noises they make. Throughout the day, a bald eagle circled overhead and on the way out, we saw an osprey dive down and catch its dinner. How cool! 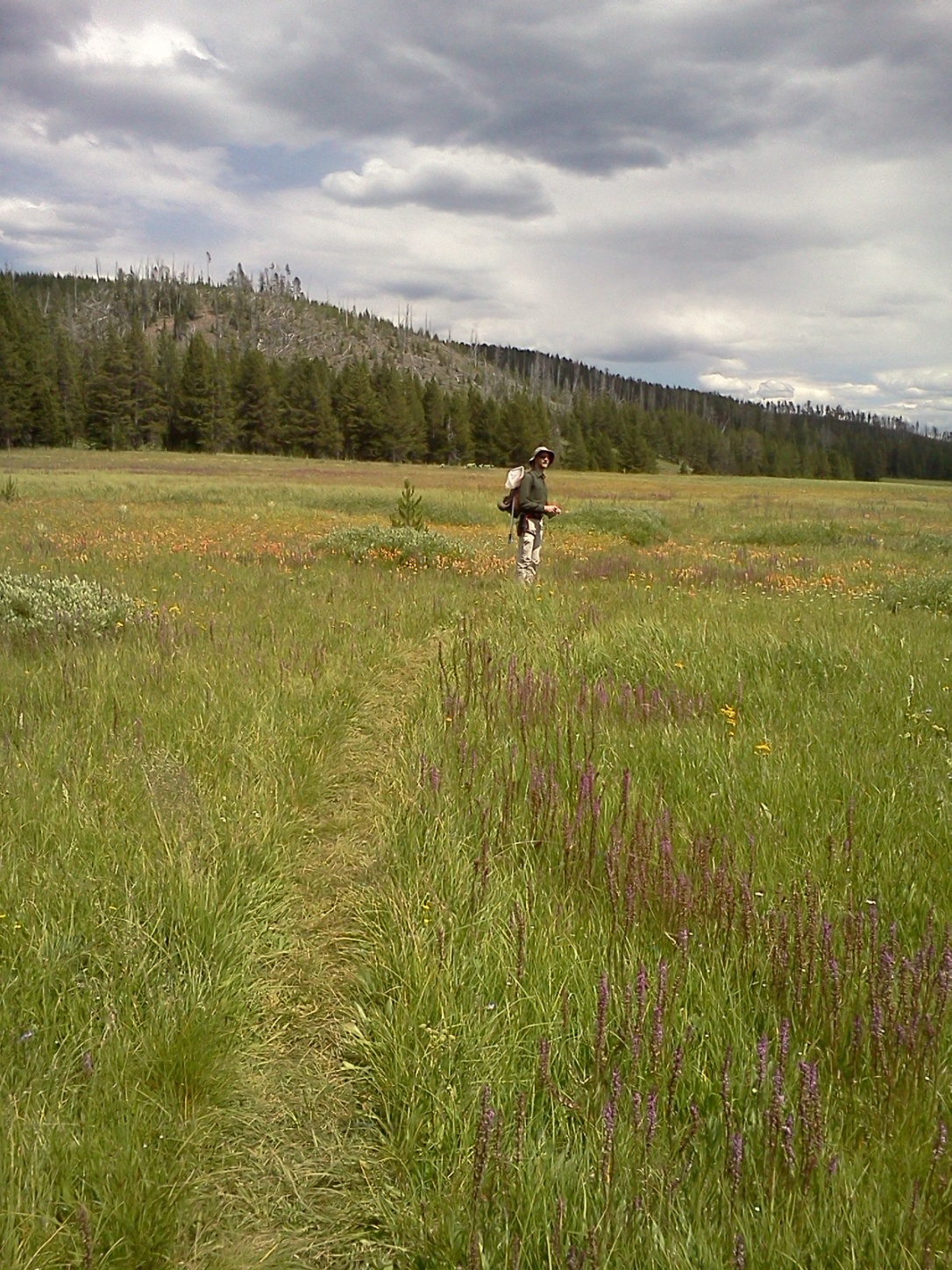